VICTOR MOSES GIVES OVER £400,000 TO FORMER CLUB WIGAN AMID FINANCIAL CHALLENGES DUE TO CORONAVIRUS PANDEMIC

Victor Moses the retired Nigeria footballer and Chelsea star has made a philanthropic gesture by supporting his former club, Wigan Athletic financially amid their financial struggles during the pandemic. 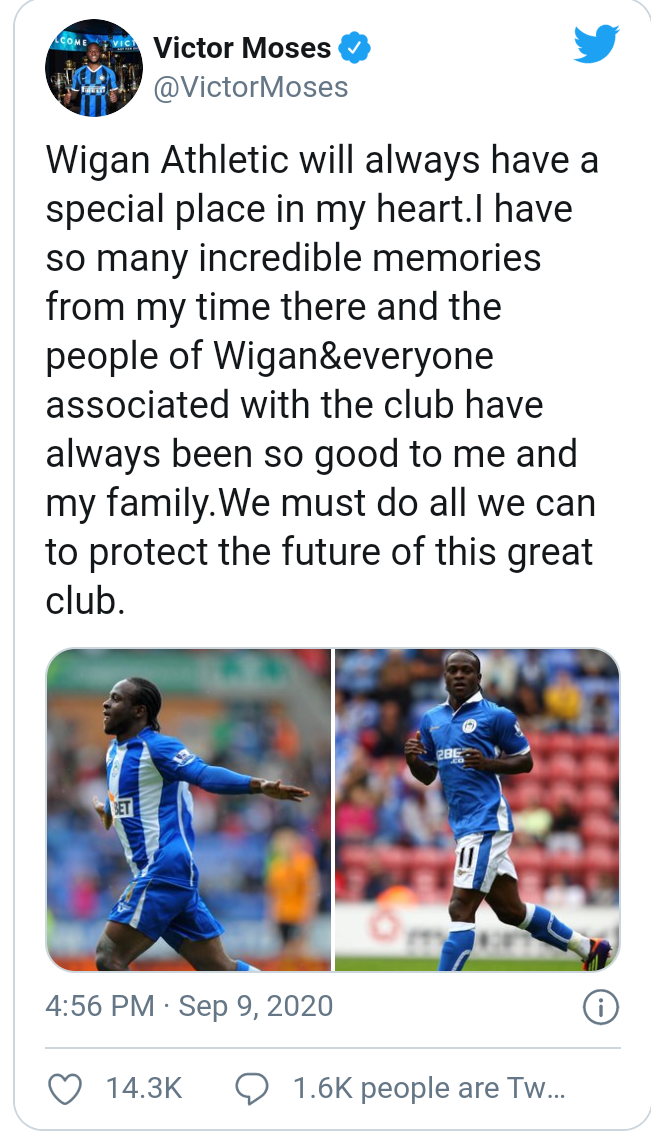 12 points drop off Wigan Athletic after going into administration towards the end of the 2019-20 season, which forced them into relegation alongside Hull City and Charlton Athletic.

Moses played for the Latics before joining Chelsea in 2012.

The club’s supporters body has confirmed that their former player has made a significant financial gesture to the club. That’ll stop them from going into extinction. 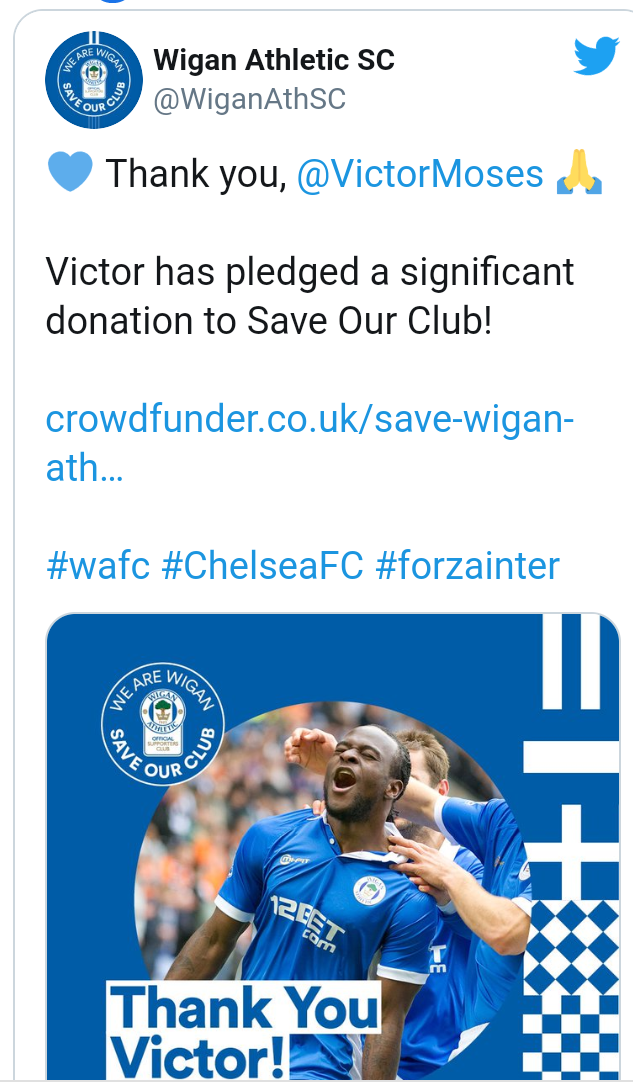 The supporters are aiming to raise £750,000 to support the club this season. And they are now within £100,000 of the target after Moses sent money.