Written by thrilliant on September 8, 2020

DJ Cuppy posted a video of the commercial on her Twitter page.

Prior to the release of the commercial the popular Nigerian disk jockey was recently on her Twitter page. To tease her fans and followers on the platform.

In a post shared on her timeline she informed them that she had a piece of exciting football news to share with them. But wouldn’t do so until her tweet garnered as much as a thousand retweets.

I have HUGE FOOTBALL NEWS to announce… 1,000 RETWEETS and I’ll reveal! ⚽️#CuppyDat

Her fans and Nigerians as expected retweeted the post and even went beyond the one thousand retweet the artist requested for. Cuppy keeping to her promise returned to her timeline on twitter to inform her fans that she will be featuring in a commercial of Man.Utd jersey unveiling.

“REVEAL! As @ManUtd fan, I’m PROUD to be a part of their official jersey campaign! READY FOR THE NOISE!” Cuppy wrote on twitter. 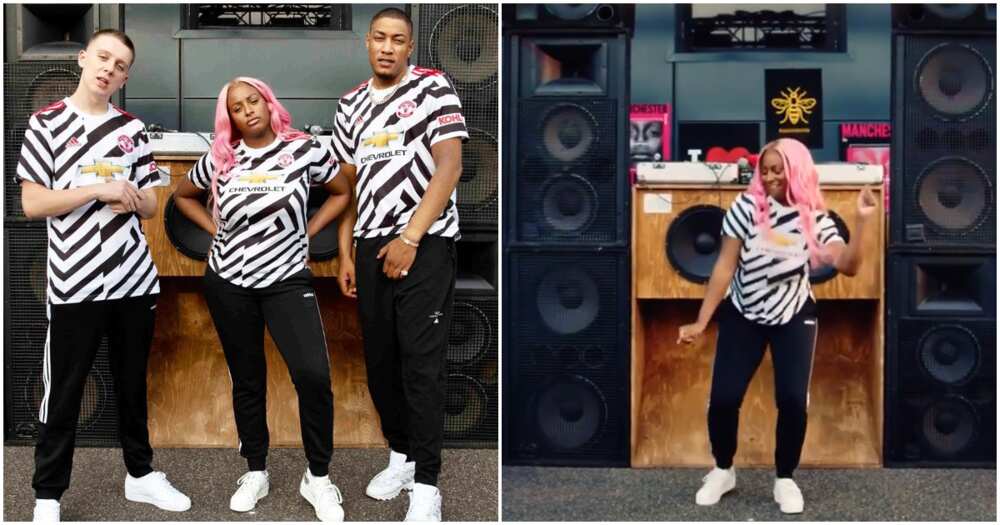 REVEAL! As @ManUtd fan, I’m PROUD to be a part of their official jersey campaign! ⚽️ READY FOR THE NOISE! #GGMU 🔊🔴 #ReadyForSport #CreatedWithAdidas @AdidasFootball pic.twitter.com/MNWOjYve5i