DJ TIMMY – “I LOST MY N11M CAR, NEARLY KILLED MYSELF BECAUSE OF YUNG6IX’S WICKEDNESS”

According to the Timmy, he claims he was allegedly forced to live a fake life by buying an N11 million car and renting a N2.5 million apartment just to work with rapper, Yung6ix.

Nigerian ace disc jockey, DJ Timmy took to his twitter account to spill some secrets about his toxic relationship with Nigerian rapper, Yung6ix. On March 9, 2020.

The DJ in his account gave a lengthy essay about what transpired between the rapper, yung6ix and him;   “You don’t know what transpired between yung6ix and I and you have the guts to say “Na pride de do them” I fell into depression. Lost everything I owned including My Benz, went back to level 0, bought sniper last year to end my life, wrote a suicide note, lost Relevance. 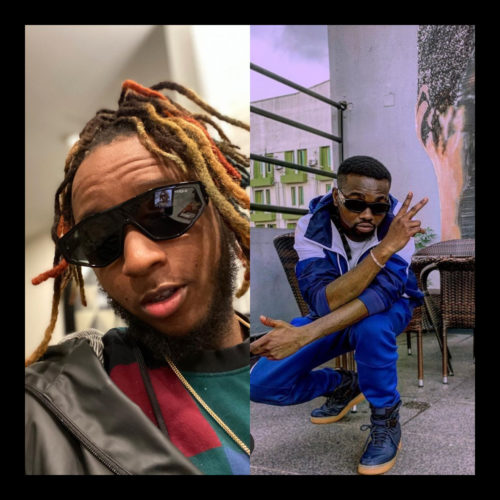 “I lost myself because I was hyping a never do well. I left my family to support the bastard, spent all my savings on trying to live a stupid lifestyle and he NEVER HAD PLANS FOR ME. Do I release the 2 hour voice call he made to me where he accepted he LOOSE GUARDED ME? “Yung6ix forced me to buy an N11m Benz (which I obviously didn’t need) and told me I won’t be able to be walking with him if I didn’t get it. Out of N13m I had, I went to buy a hopeless Benz that didn’t last 6 months.

He encouraged me to stay in a N2.5m 3 bedroom flat in chevron. “He emotionally blackmailed me & never encouraged me to save till I went FLAT BROKE & he left me wanting. Why did you think I left him? He never supported my music or wanted to see me SHINE. Very selfish bastard. “At the end of the day I don’t blame him, I blame myself for LISTENING TO HIM because I had the chance to leave. He drops a song and I post it 50 times, I drop a mixtape and he post it on his Instagram Story wow You need me to say more? Talk about his debts? “I follow 6ix to shows as his Hypeman and I double as Manager (carrying his bags) & Security. Was it not after i left him he was beaten like a thief at the Bar beach? Should we talk about how he HATES YORUBA people and how he can’t stand them? Don’t get me started pls.”

“Should I release a screenshot all the money I have sent to his account as dashing money? They pay him 500k for a show and he will credit me 5k to “buy fuel” I never made money from being his DJ, I only enjoyed free flights & hotel paid for my show promoters.

“Thank God for my Family who supported me and those who talked me out of killing myself Becuse I felt like a FAILURE. But I have learnt my lesson and that’s what’s important. The problem is not when you FALL the problem is when you fall and FAIL TO RISE.

“I am Not blaming anybody. If you read the thread, I acknowledged my Mistake. I just needed to get that off my chest I am doing better and that’s what matters. Whoever is blaming me has once made mistakes and is currently making one!

“LIFE HAS HUMBLED ME. I don’t need pity. I don’t need to trend . That’s not the issue here . Have you learnt anything from this episode? That’s the Koko I have left entertainment for a while and focusing on getting back on my feet. Took me over 1 year but I shall get there.”

So far, Yung6ix hasn’t said word concerning this claims by DJ Timmy. As a matter of progress, any update of this MaxFM gat you covered.